Today, you’ll learn how to let go of a man you love so you can get him back!

Still, you feel he’s capable of loving you again. He just needs to sort out some issues. For example, men will pull away when they’re experiencing something traumatic or emotional like the loss of a loved one, a serious illness or a financial blow.

All these things take a toll on a man’s ability to love, so what you must do is let him go so you can get him back.

He expects you to fight the breakup. He thinks you’ll beg, cry, plead, maybe get angry and generally be miserable without him, and maybe you have felt that way and done those things, up until now. But it all stops today! Why?

Doing what he doesn’t expect you to do makes him stop and think that he might be wrong about the breakup. And if you begin to encourage the breakup, you’re really going to deliver a blow to his plan.

He sees you as his backup plan. If his single’s life doesn’t work out, he thinks you’ll be there, still crying into your Ben and Jerry’s, waiting for his return. Then, he’ll come dashing in like a prince to save you from loneliness and heartache.

But that isn’t what he’ll get. You’re going to start moving through the Five Steps to Get Him Back with gusto. You’ll rein in those emotions, assess the breakup, rebuild your confidence and then start toying with his psyche.

You’re enabling positive change within yourself and you’re allowing him time to overcome the negative feelings he has about you and the breakup. You’re giving him the chance, eventually, to start to miss you. All good stuff. 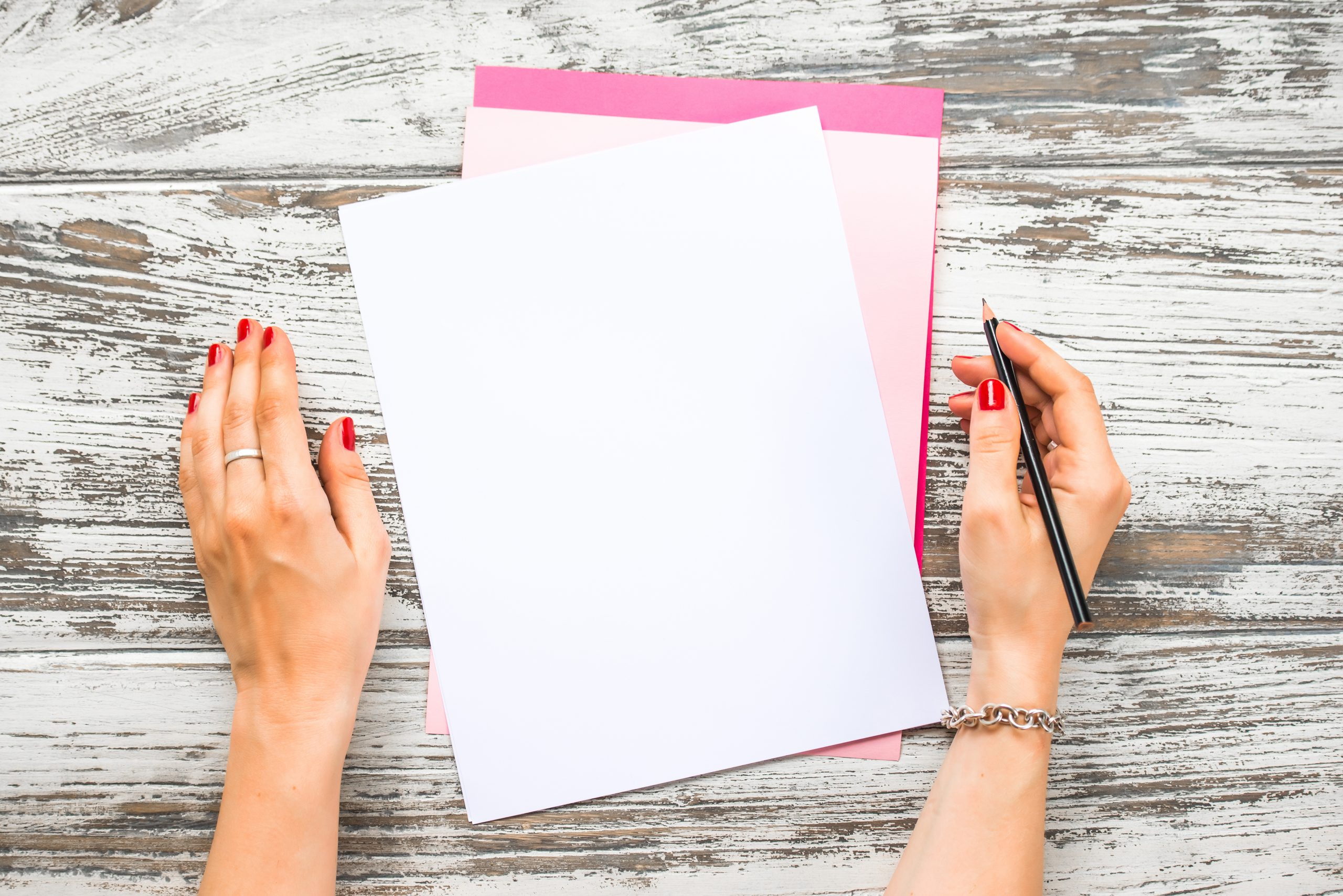 All your interactions with him should be positive. In Step One of the Five Steps, you learn how to handwrite a letter to your ex. This is a letter written with kindness and fondness and it delivers a sucker punch to the gut for most men who receive one.

Be positive about the breakup, should you have any interaction with him. Don’t talk about how much you miss him or how lonely you are. Instead, share about the last girls’ night you and your friends shared or how you restarted your gym membership or how much fun you have at Yoga class.

If he reaches out to you, you can say something like, “You know, Tony, I think this breakup is for the best. We tried to make it work but it just didn’t pan out. If you have something important to discuss, reach out and make it soon because I’m implementing some big changes soon.”

Let him wonder why you’re so accepting of the breakup and exactly what big changes you’re planning to make. This won’t turn him away unless he really doesn’t care about you to begin with. It will intrigue him and make him question his decision to break up.

Don’t Say You Will be There When He’s Ready

He expects you to be there when his single’s life doesn’t work out. You’re his fallback plan. He expects you to still be wallowing in the misery of his absence and grateful to see him, should he grace you with his presence again.

Even if you do plan to be there when he’s ready, don’t tell him that. Let him feel the pit in his stomach that he might actually lose you. It’s not in his plan to lose you. His plan is to play around for a while and probably return. I know it’s counter-intuitive to let him believe you’re leaving him, but trust me, it works. 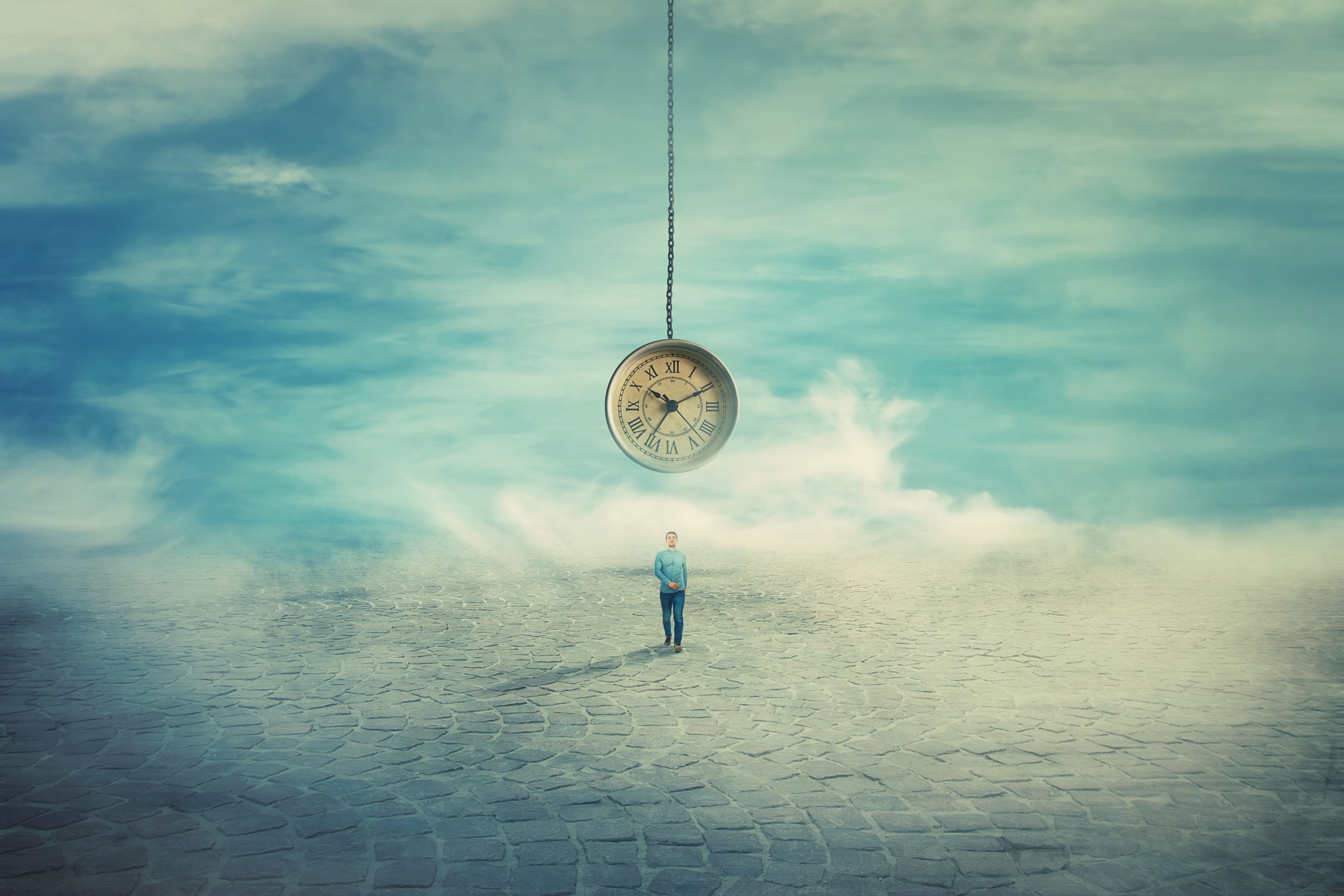 The important thing about the time, as you read above, is that it gives you both time to change. This change is necessary if you’re to have a chance of success the next time around. In the past, if you’ve broken up and gotten back together, chances are it was within a few days or a couple weeks. Neither of you changed and here you are again.

This is why those steps are so important. You’re providing yourself with the opportunity to make positive changes and if he wants you back and sees that you’re changing, he’ll be motivated to change too.

Here’s the thing, though. This process could take two weeks, or it could take a year. He might not ever come back. There’s no way to know the outcome, but if you follow the Five Steps, you will soon begin to discover that if he doesn’t come back, you’ll still be okay.

This is so important in the process of learning how to let go of a man you love. Why? Several reasons actually.

First, it keeps you from sitting at home wallowing in loneliness. You’re doing things to keep your mind occupied.

Second, it helps you improve yourself and build your confidence. These are things that will draw him back to you.

Third, this is how you live a healthy life, not just how you get your guy back. Once you are in a new relationship, don’t give up these activities you’ve chosen. Continue to go to your book club meetings once a month. Don’t give up your gym membership or girls’ night with your friends. Continue your photography hobby.

These things intrigue men, and they help you be mysterious and challenging. This piques his interest and gives you a great story! 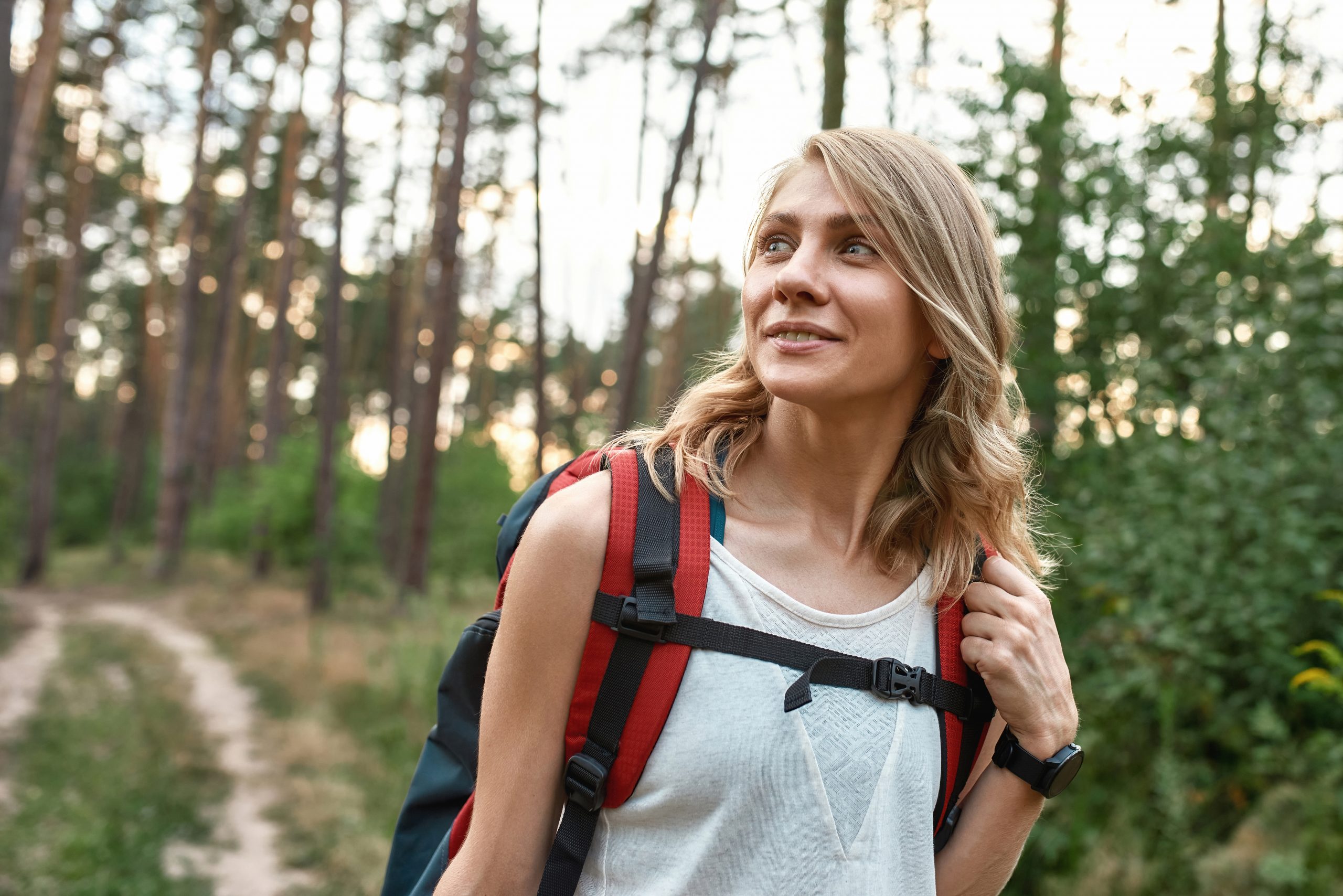 Know That He Will Be Watching You

Even if you block him on social media and stay faithful to the no contact rule, he will discover what you’re doing. He’ll find out through friends most likely.

If you two shared great memories, had a strong relationship once before and if he’s capable of love, it will encourage him to fix himself and overcome the negative feelings he has.

It’s possible that what you’re doing is returning to the women he fell in love with. When you met him, I bet you weren’t sitting at home binging on Netflix series. You were out there doing things. That’s who he fell for.

If you follow the Five Steps and get to Step Four: Toy with His Psyche, you’ll learn how to use the slip in/slip out method of breaking the no contact rule. Generally speaking, you won’t contact him first, except in the instance of the letter, which you send in Step One, and slip in/slip out in Step Four.

He might be afraid to reach out to you now or to stubborn to do so. You aren’t the only one who fears things won’t work out. He feels it too, especially now that you’ve turned the breakup on its head with your activities.

Reaching out to him with slip in/slip out gives him the chance to contact you back and lets him know you’re at least open to communicating with him.

As long as you’ve rebuilt your confidence and followed the steps and you feel strong enough, this is a great way to open the door to conversations about a new relationship.

How to Let Go of a Man You Love

Learning how to let go of a man you love is counter-intuitive, but it’s the best way to reel him back in. You’re not playing games. You’re working on yourself and, at the same time, letting him know that you don’t need him in your life. You can survive without him.

You aren’t the person he thought you would be – miserable, crying, begging him to come back. You’re a strong, confident, and attractive woman who’s shown him you’re just fine. Just remember to encourage the breakup, be kind to him, avoid telling him you’ll be there when he changes his mind, contact him with slip in/slip out and continue to stay busy.

That’s how you get him to come back! 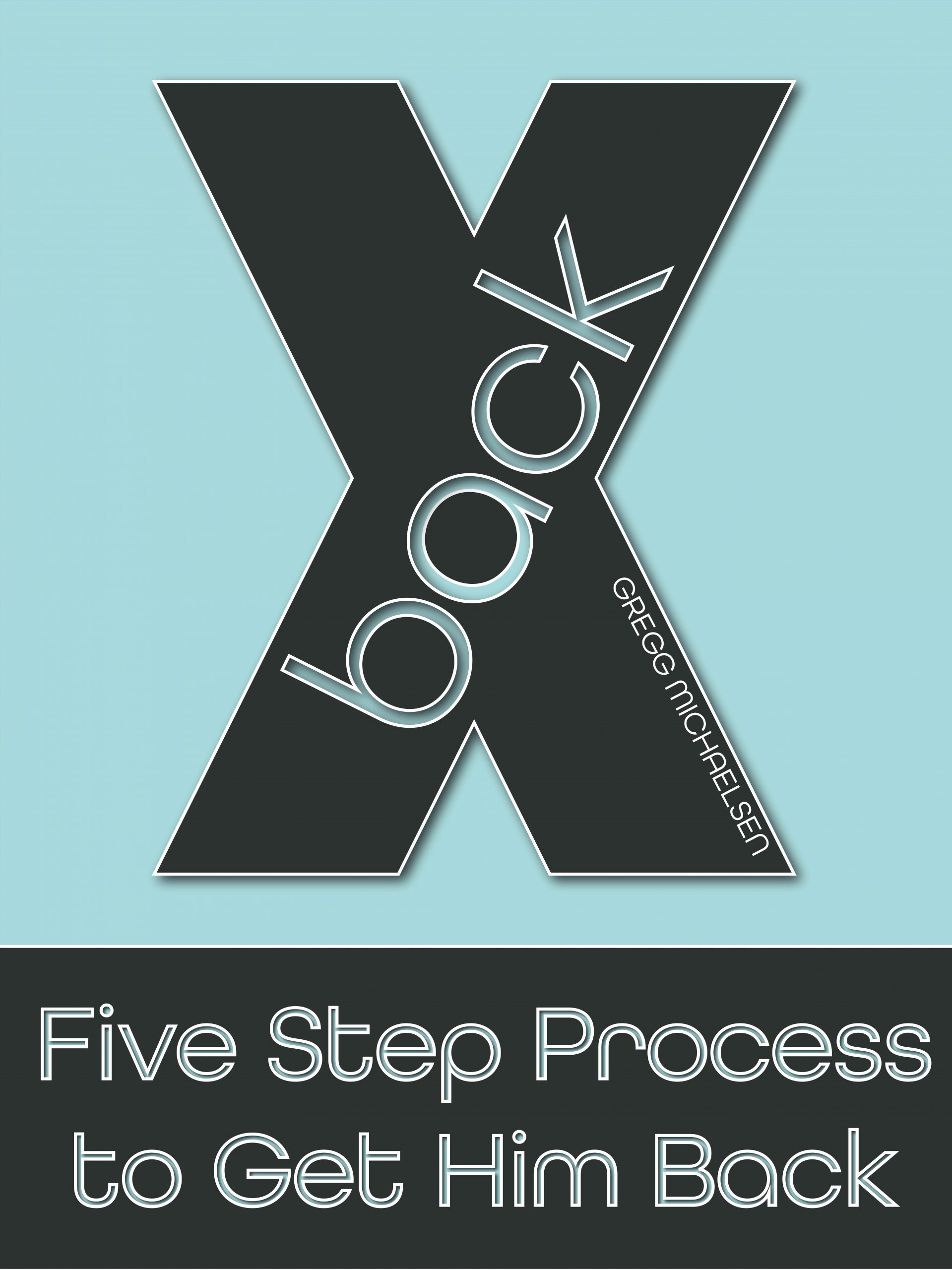 You've read about the five step process to get him back on this website, but there's more...So...Much...More!

Just out is our latest book, Ex Back: The Five Step Process to Get Him Back.

This book takes what you've read here to another, deeper level. There is much more detail and you can even download a FREE book!

If you want to get your ex back, this book is a must-read!! Learn more about the book here or click below to get your copy today!