How to Trigger His Dumper’s Remorse 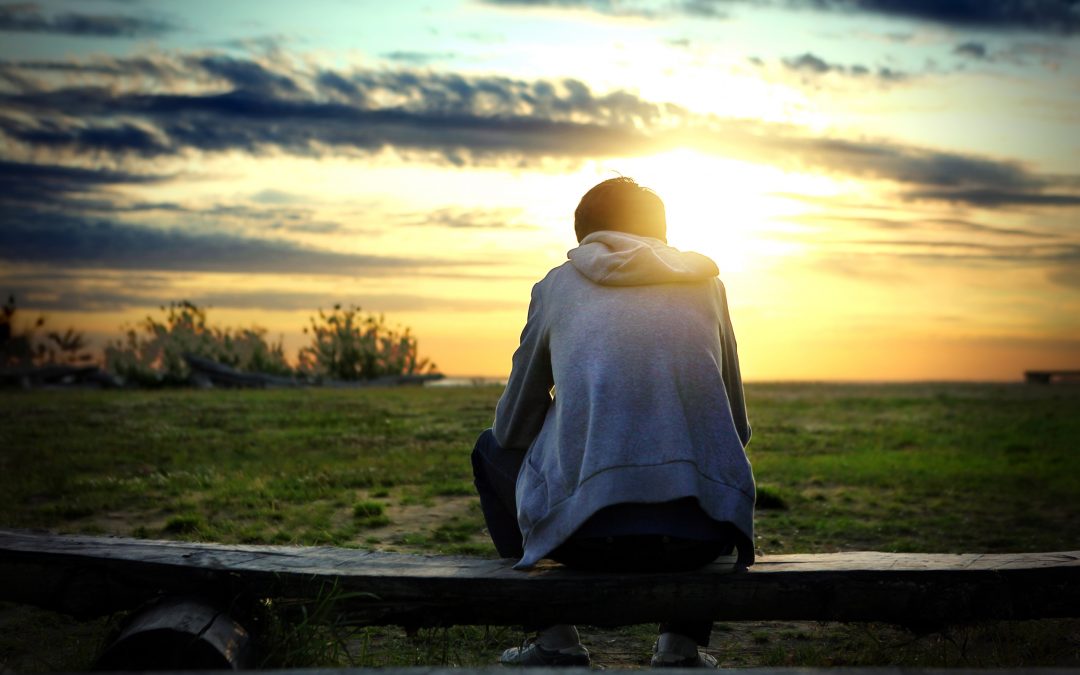 What is the psychology behind dumper’s remorse? What is it? How does it work? And most importantly, how you can use it to your advantage to get your ex-boyfriend back?

Dumper’s remorse occurs when your ex realizes that breaking up with you may have been a big mistake.

A man won’t feel dumper’s remorse right away. Initially, he has negative feelings about you and the relationship, not to mention his own emotions over the breakup.

Right now, of course, you’re focused on how you feel, and you may assume he isn’t hurting, but he may be.

The 7 Signs He’s Hurting After the Breakup

Whether he’s hurting or not, he is harboring negative feelings, just as you are. Your breakup wasn’t a sunshine and rainbows event. It was hurtful because something happened to push him to a breaking point. Now, he needs time to move past that negativity. 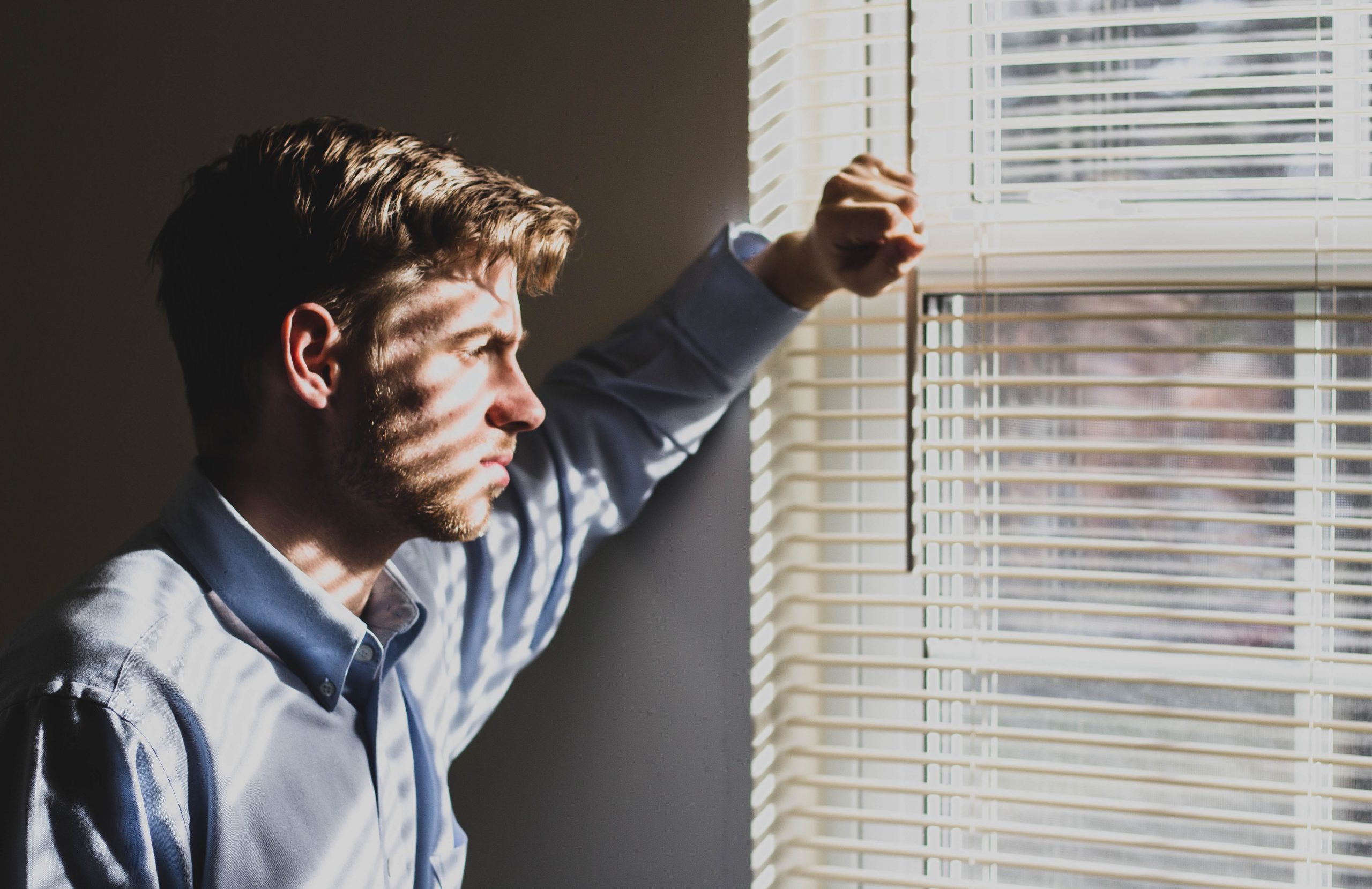 Why Your Reaction Matters

If I had to guess, I’d say you’re texting him, probably multiple times a day. The texts range from begging to anger to I love you baby and I just want you back and everything in between. You might be promising that you’ll do better next time, and so on.

This reaction is not helping. Is it? Is he replying? Is he running back? Is he banging your door down begging his way back into your life?

No, of course not, because he’s got this negativity and you’re perpetuating it with your texts. This prevents him from feeling dumper’s remorse.

In Step One of the Five Steps to Get Your Ex Back, you learn about how negative behaviors are hurting your chances of getting him back. It’s time to go no contact.

Gasp! You thought this was the article that was finally not going to suggest no contact. No contact is scary! What if he forgets about you? Not to worry! If you follow the Five Steps, he won’t forget about you because you learn No Contact with a twist!

When you follow the No Contact Rule as described in Step One of the Five Steps, you lay the groundwork for him to overcome the negative feelings. He doesn’t forget about you at all and with time, he begins to miss you.

One way in which you trigger his dumper’s remorse is by sending the letter. This letter is short, powerful and delivers a sucker punch right to his gut!

Here’s how to write the letter.

Hand-writing and mailing the letter through snail mail helps him remember something positive about your relationship, but it does something even more important. At the end, you sign the letter, Goodbye John, Jennifer (inserting your own names of course).

Do you know what you do when you sign the letter like that? You dump him! Don’t panic. This is what he needs to believe. He thought he was in complete control of this breakup. He could come back to you whenever he felt like it and you’d be there waiting with your Ben and Jerry’s and box of tissues.

You just told him you aren’t doing that at all and his Plan B for singlehood just got flushed down the toilet! This is why the letter is so impactful. The memory you’ll include tweaks his good memories, but it’s the goodbye that delivers the sucker punch. You turned the breakup on its head and took control. 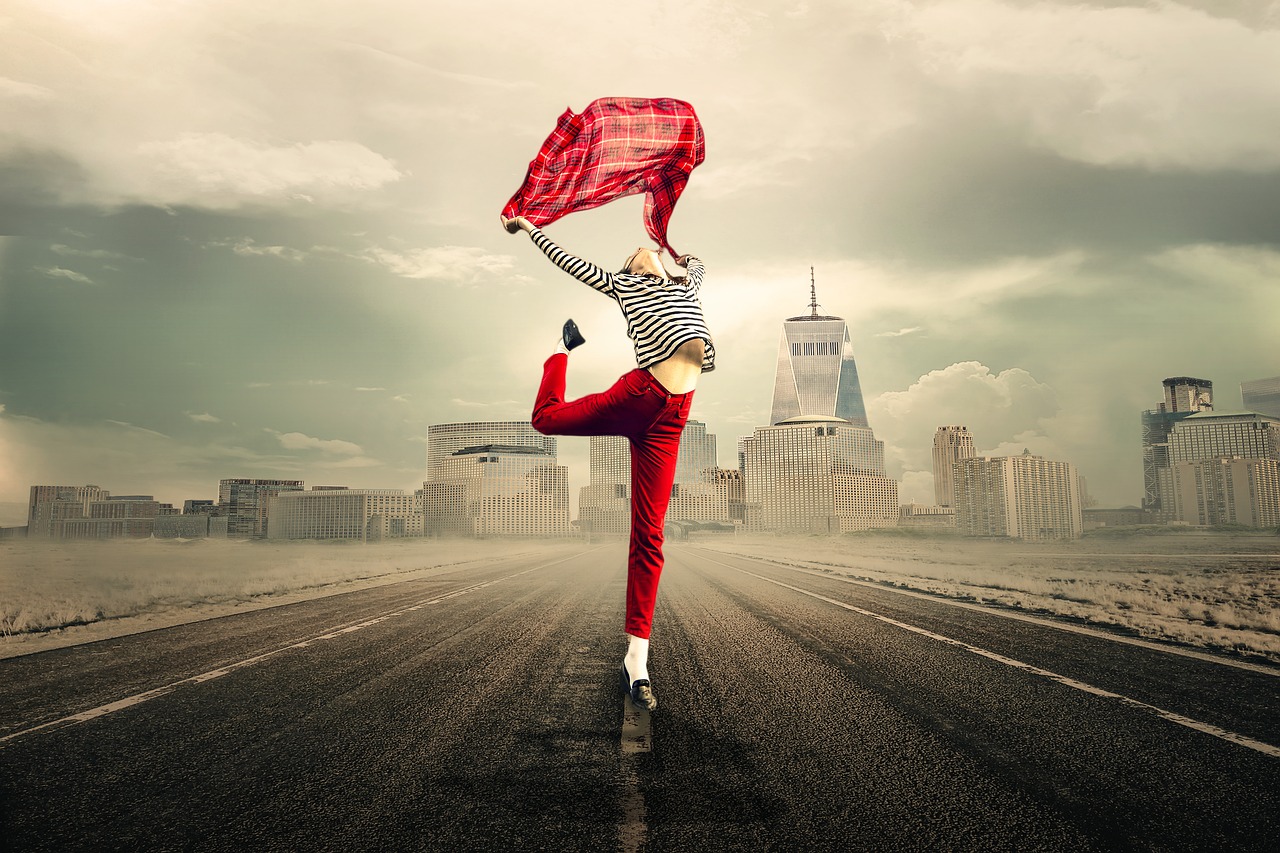 Many women initially read the steps and think they can skip some, like building their confidence. Then, a few weeks or months later, when their ex still hasn’t returned and they’re still miserable, they reread the steps and decide, what the heck? What do I have to lose? This is when the real progress begins!

Life beats you up and breakups can really have a negative impact on your confidence. You blame yourself for things that happened. He probably dumped a heap of negativity on you – all the things that are wrong with you, blah blah blah. Hearing that crap, whether it comes from your own head or someone else’s mouth, starts to stick!

Building your confidence helps you remember that you are a strong, beautiful, wonderful woman who deserves to have a great man in her life. It helps you make positive changes in your life and feel better about who you are.

Most importantly, it allows you to approach a new relationship with your ex from a position of power and not one of desperation. Desperation only leads to choosing losers because there is an urgency.

Don’t skip Step Three of the Five Steps if you want him to feel dumper’s remorse!

There are a few things about your relationship that must exist for him to experience dumper’s remorse. Let’s take a look.

You Must Have a Few Months of Good Memories

He won’t experience dumper’s remorse if you only dated for month or two. When you send the letter, and later reach out to him, it’s those good memories that you’ll rely upon. There can’t just be one great trip to cut down a Christmas tree or pick apples. You need a collection of memories so that when you tweak one, he goes to others.

Those memories are where his mind will start to go when he feels lonely, and he will feel lonely! Most men think that when they break up with someone, there is a world full of beautiful women who want to date them.

Because their confidence is low also after the breakup and they’re not emotionally reined in either, they’ll only attract similar women – low confidence and emotional. Their rebounds. This isn’t at all what he had planned, so his mind will wander back to your good memories!

He Must Be Worthy of You and Capable of Love

In Step Two of the Five Steps, you assess the relationship. One of the assessments you’ll complete is if he’s healthy enough and capable of love. I encourage you to read that section of the site and give an honest assessment of your ex.

I know you don’t want to face the fact that he might not be healthy enough or capable of love, but wouldn’t you rather know now than a few weeks or months from now?

My ultimate goal is to provide you with the best tools to move forward into a healthy relationship. It might be that the new relationship is with someone else, if he’s not capable of love.

Dumper’s Remorse Requires You to Make Those Positive Changes

Even if you blocked him from social media, he’s watching you. It may be through mutual friends, but he hears things. He’ll know when you start working out again. He’ll see the photo of your new hairstyle.

He received your letter and he read the words of a strong woman, even if you weren’t feeling particularly strong when you wrote it. These actions intrigue him and make you mysterious to him. You’re becoming a challenge to him, in a good way and this is causing his dumper’s remorse to stir. 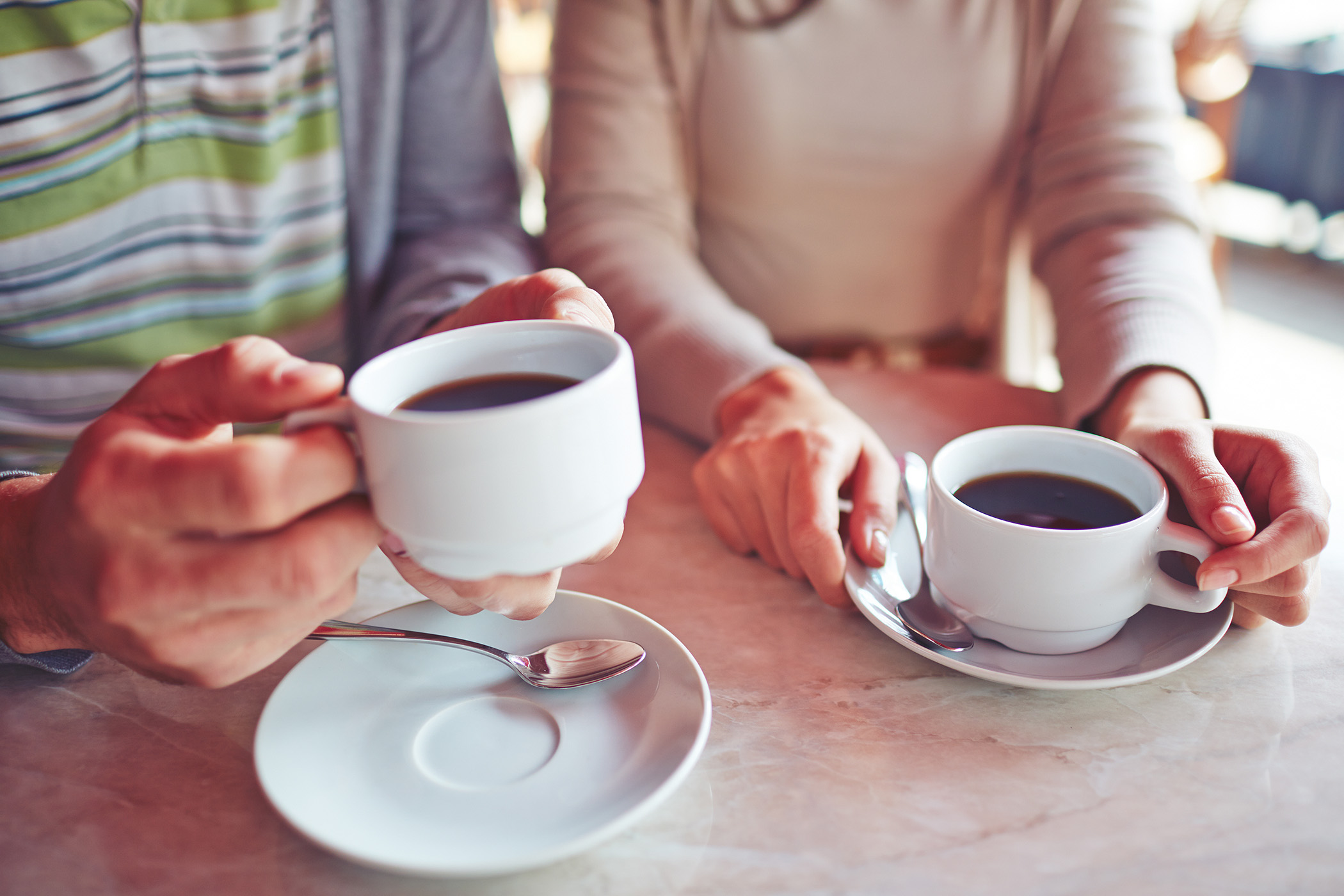 I know you don’t want to hear this, but eventually, you need to date other men. I know you want this guy back, but dating isn’t a marriage proposal, and it isn’t cheating on him either. You’re broken up. That relationship has ended. If the two of you get back together, it will be a new relationship, not a continuation of the old one. Why would you want to continue something that was broken?

Meanwhile, do not freak out! You just read above that he won’t attract anyone great so stop worrying. This is how he avoids feeling the emotions of your breakup. He focuses on a new woman, but she isn’t the one. She’s just a rebound, and a low-confidence one at that.

He’ll see this eventually and break it off, feeling lonelier than he did before and starting to miss you. It’s dumper’s remorse setting in!

Trigger Dumper’s Remorse by Being Aloof

If you run into him, be casual. Don’t start crying and begging him back. Treat him kindly, like an old friend. Hey how are you doing types of comments. Don’t mention your relationship or the breakup. Just be you.

If he texts you, share a few of the positive changes you’ve made and end the conversation rather quickly, “Hey it’s great to hear from you but I’m heading out the door to my spin class. Maybe we can chat tomorrow?”

Act as if him contacting you is no big deal, even though it is. Let him know you’re a busy woman who isn’t wallowing in his breakup negativity. Be kind. Be nice and leave all emotion out of the conversation.

Now, you’re challenging him again and his dumper’s remorse is likely to strengthen!

Your goal is to trigger his dumper’s remorse and the best way to do that is by following all Five Steps, but what you’ve learned here will provide you with an excellent start! Remember to:

By staying positive and working on yourself, you will most definitely trigger his dumper’s remorse!